(CNN)In a fight that is being talked about as one of the all-time great heavyweight bouts, Tyson Fury retained his WBC title after knocking out Deontay Wilder at the T-Mobile Arena in Las Vegas on Saturday.”I’ve been in this business 57 years promoting fights and I truly have to say I have never seen a heavyweight fight as magnificent as this,” boxing promoter Bob Arum told reporters after the conclusion of the third installment of the two boxers’ trilogy meetings.After putting Wilder on the canvas in the third round, Fury found himself on the floor twice in the fourth.

In a brutal, roller coaster fight in front of of 15,820 fans, the 33-year-old Briton regrouped and put Wilder down in the 10th before delivering two enormous right hands to win the bout with a knockout. 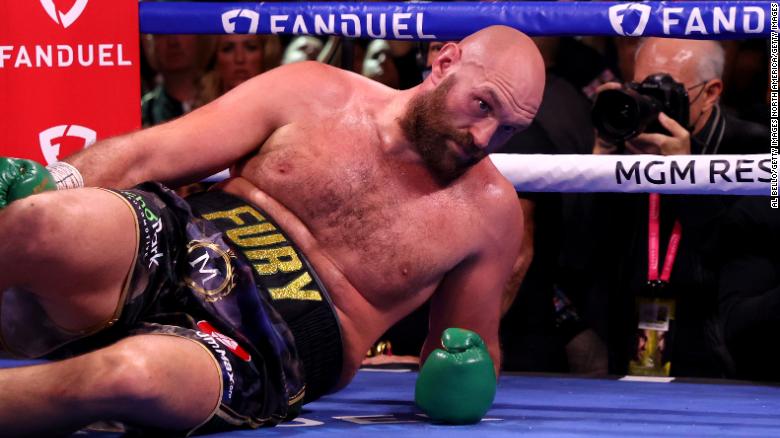 Fury was put on the canvas by Wilder in the fourth round.”Shots like that end careers,” Fury told reporters. “I just hope that he’s OK. Because he took a lot of punishment tonight.”Don’t ever doubt me,” Fury said. “When the chips are down I will always deliver. I give him the glory for the victory. He’s a tough man — he took some big shots tonight.”It was a great fight tonight as well as any trilogy in history.” 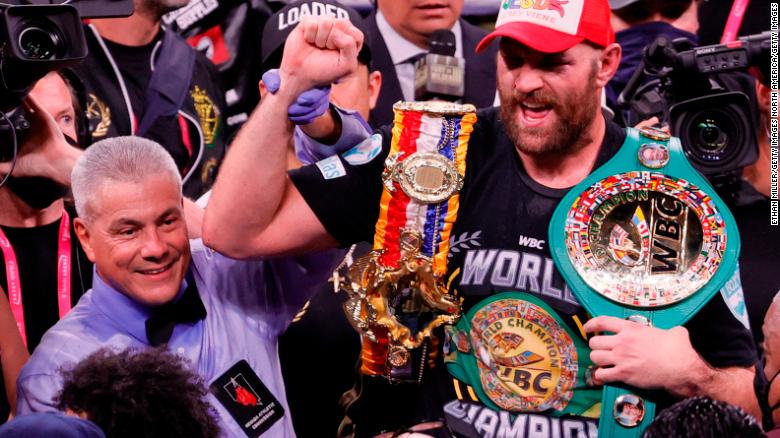 Referee Russell Mora holds up the arm of Fury as he celebrates his victory over WilderFury and Wilder had shared a controversial draw in Los Angeles in 2018, before the Briton secured a seventh-round knockout in the second fight 20 months ago.”We fought like two warriors in there,” said Fury of Saturday’s fight. “And I went over to shake his hand and say well done and he was like ‘No, I don’t respect you’.”I was like ‘How can you say I’ve cheated when you know in your heart, you’ve been beaten fair and square?’

“Is he a sore loser or what?”But I’ve acted like a gentleman throughout my career and that’s all I can do.”